We celebrate today the World Environment Day (WED). This year’s motto “It’s Time #For Nature” is a global call for biodiversity. With one million animal and plant species facing extinction, the UNEP (United Nations Environment Program) made it one of its major priorities and calls for action by governments, citizens and companies.

Operating in an industry which can possibly have a strong impact on the environment, Vallourec has been working for several years to reduce its footprint in terms of energy consumption, water withdrawal, waste, carbon and much more. When it comes to preserving biodiversity, we, as an industrial stakeholder, also have a role to play and we have been pursuing this approach for several years.

Our strategy to support this urgent call for action is structured around three axes: risk assessment, preventing measures and awareness-raising.

Assessing the risks associated with our business

Appropriate action plans require an accurate risk assessment beforehand. With this in mind, studies have been conducted over the last few years at the main Vallourec sites to verify the absence of impact of our activities on biodiversity.

In 2019, a study was conducted on identifying and measuring the surface area of existing “green areas” at our sites. The study related to managed “green areas” (gardens, lawns, etc.) and areas where local biodiversity was allowed to develop freely.
The findings of this survey conducted by the environment managers at each site are summarized in the graph (here on the right). Excluding the Brazilian forest, which represents a significant portion of the biodiversity areas, “green areas” account for 48% of the surface areas, of which a majority (42%) is earmarked for the development of biodiversity. 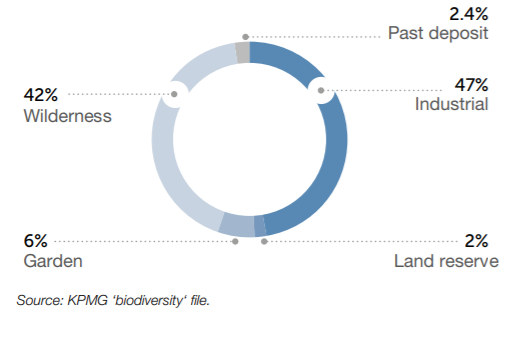 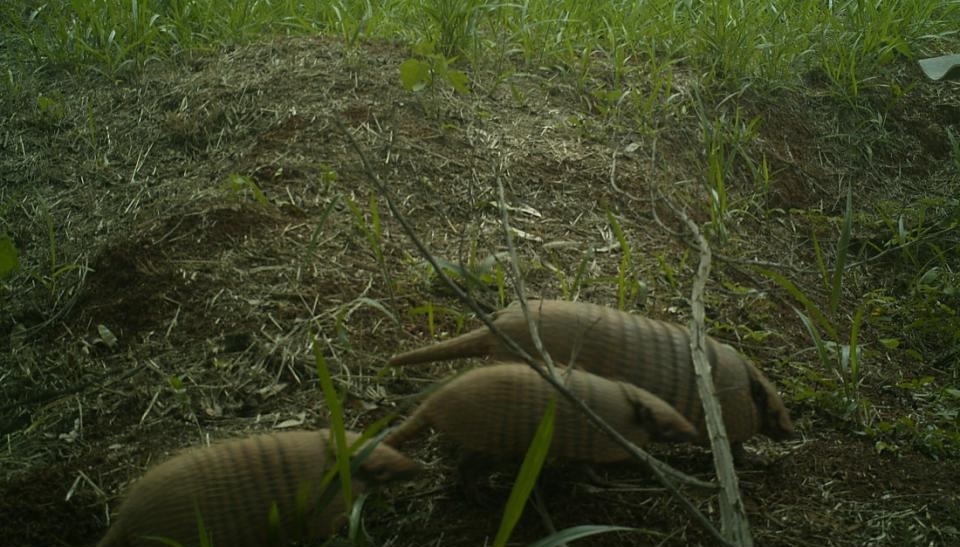 Measures to preserve biodiversity have been put in place for several years, primarily in Brazil and Indonesia. Species present in these zones have been counted and listed and the awareness of employees (as well as residents adjacent to each site) has been increased.

In Brazil, the Barreiro site, located in the city of Belo Horizonte, runs an environmental education center at the edge of the city. This 20-hectare center includes three ecosystems: the cerrado (savanna), the transitional vegetation, and the mata atlantica (Atlantic forest). In 2019, this site developed an environmental recovery project on 2.4 hectares along the edge of the plant.

The Jeceaba site created a reference center on the “Atlantic forest” over a surface area of 660 hectares, with the goal of replanting this area with approximately 400 native species of the region. A surveillance system for monitoring wildlife has been established. Numerous specimens have been detected, including protected species, which is an indicator of biodiversity and helps protect regional ecosystems.

In 2019, to celebrate International Biodiversity Day, the Jeceaba environment team produced a photographic collection of the fauna found in the monitored areas, and showing the various species observed in the region. This was presented to the employees at the plant so they could discover more about local biodiversity. 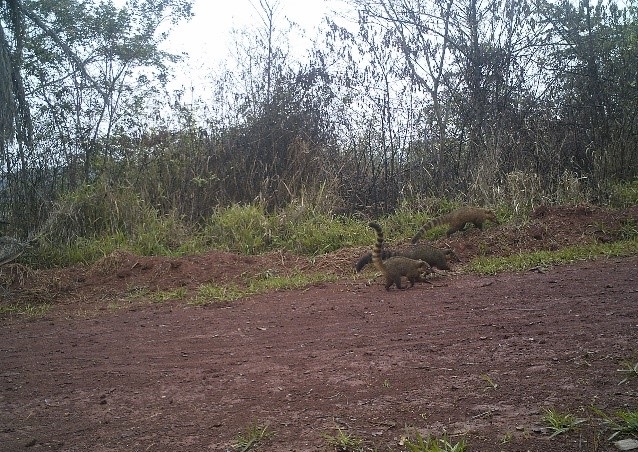 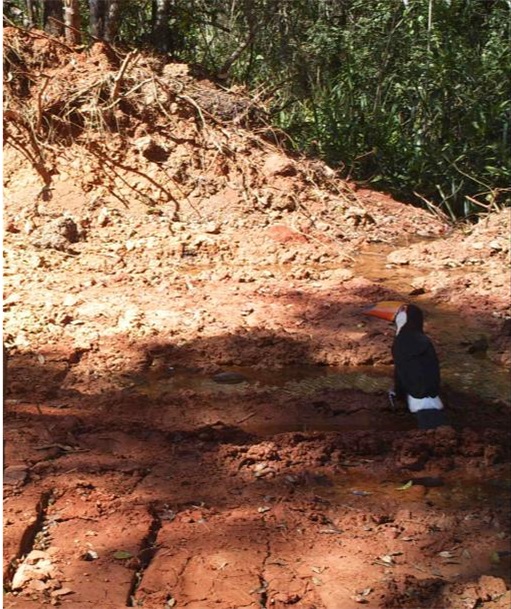 At Vallourec Florestal approximately half of the surfaces are preserved in their natural state and distributed so as to create corridors for wildlife to circulate.

At Vallourec Mineração, the exploitation of the open-pit mine gradually continues, the resulting waste rock is pressed, dried, then put in landfills. The ground is in the end reforested with local species at the rate of six hectares per year. Accordingly, 1,600 replanted hectares have already been returned to nature. Additionally, 200 hectares are allocated for an “Atlantic forest” type natural reserve.

A biodiversity study has allowed 176 wild species of mammals, reptiles, fish, and birds to be identified. In particular, endangered species were observed, such as the “Leopardus guttulus” (wild cat), the “Puma concolor” (puma or cougar), and the “Chrysocyon brachyurus” (maned wolf). 154 species of “Atlantic forest” type native plants were inventoried. Moreover, 45 caves were monitored; their specific wildlife (bats) and plants are currently being studied. 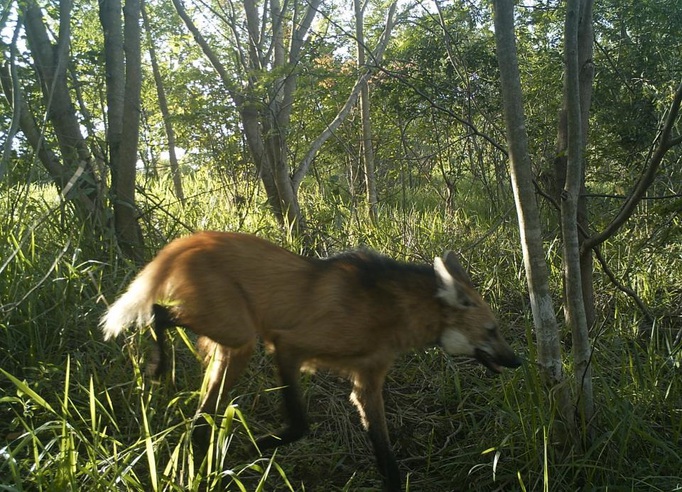 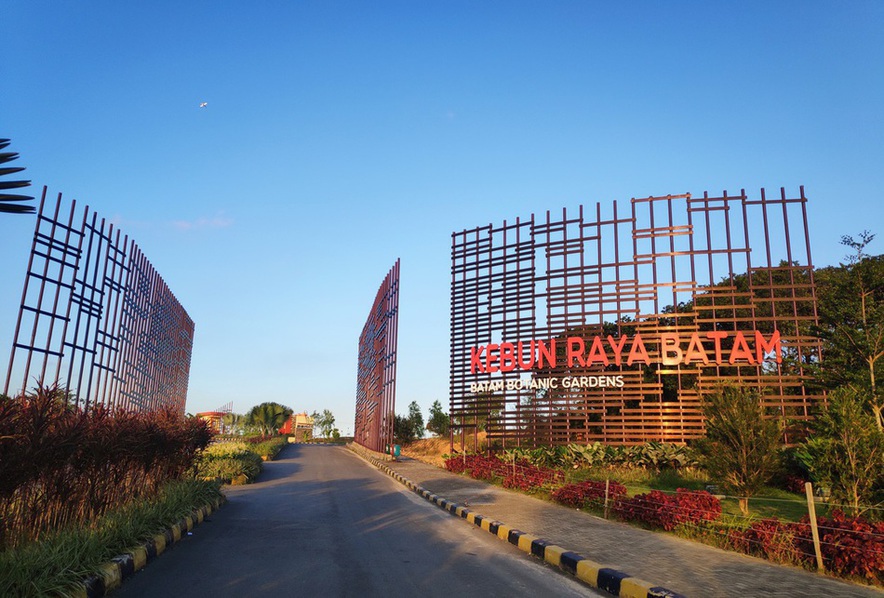 In Indonesia, in PT Citra Tubindo, in association with “Batam Botanical Garden” (BBG), has been planting trees, specifically fruit trees, and has maintained a mangrove close to the facilities.

These actions slow coastal erosion, halt the penetration of saltwater towards the interior, and protect the shores from storms, as well as enabling carbon to be retained, and the toxic products contained in the water to be absorbed.

Accordingly, in 2018, more than 300 trees were placed on the site and more than 100 in the botanical garden. In 2019, PTCT, in collaboration with the BBG, began the construction of a green space and continues to plant more trees. These actions will continue in 2020.

In France, Aulnoye-Aymeries, an impact study of the area was launched in 2017, with a specialized provider in and around this site which has several plants and is located close to classified natural spaces, a space belonging to the Natura 2000 network, and listed natural heritage areas.

The study, which concerned Vallourec’s land holdings, the immediate periphery of Vallourec’s industrial site, and a study area that was expanded to a radius of 10 kilometers, concerned unusual and invasive species. Finalized in 2018, it has shown that the same plants and wildlife exist within the site, in the fallow ground, outside, in the immediate proximity, and in the various ecosystems that comprise the Sambre basin, the marshland and flood zones bordering it, as well as in the surrounding fields and pastures.

These habitats and species pertain to conservation issues that fall primarily outside of Vallourec’s holdings. However, the diversity noted within the site remains remarkable for a major industrial site such as Vallourec. Indeed, protected species have been observed on land where there is less human activity.
This observation is thus encouraging in terms of the low impact of the Group’s activities on biodiversity, and shows that it is also possible for an industrial company to help protect and develop plant wildlife.

These achievements are a great source of satisfaction and encourage us to pursue our efforts to act as a committed player in sustainable development.