Balanced governance in the interest of the shareholders and employees—that is the main concern of the dual management structure (Supervisory Board and Management Board) that Vallourec adopted in 1994.

Your need:
Management Board

Vallourec management structure comprises a Management Board and a Supervisory Board.

The Management Board which is a collegial body, is responsible for managing the Group using the powers conferred on it by statutory and regulatory provisions and the Group’s by-laws.

Vallourec Management Board is composed of two members: 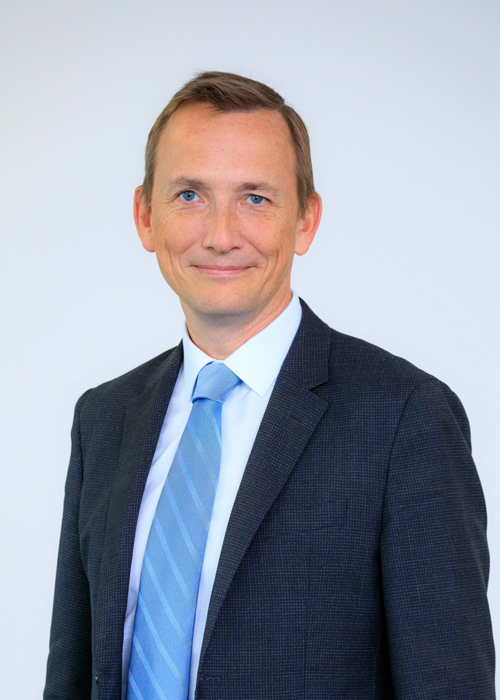 Edouard Guinotte Chairman of the Management Board
Graduate of the Ecole des Mines de Paris, holds the INSEAD Management Program.

In 1995, he joined Vallourec as head of logistics and production at Vallourec Composants Automobile. He spent his entire career within the Group and hold various positions in various countries.

From 1998 to 2000, he was Group Controller and then became Director of an operating entity in Mexico for 3 years.

In 2004, he returned to the Automotive Division as Marketing Director before becoming Strategy and Development Director of the Group's Oil and Gas business in 2007, where he led in particular the plans to acquire the first 20% of Tianda and the acquisition of Vallourec Saudi Arabia.

From 2011 to 2014, he was President of Vallourec USA based in Houston, leading the commercial policy allowing Vallourec to double its sales in the United States following the start-up of the new Youngstown plant and then became Vice-President of the Group in charge of Trade and Development OCTG in the Eastern Hemisphere region.

Since 2017, he has been Senior Vice President and member of the Group's Executive Committee in charge of the Middle East and Asia.

1995-2001
Thomson Multimedia - CFO and member of the Executive Committee

He joined Vallourec as Marketing and Development Director in 1993, coming from Dassault Aviation, where he began his career.

Later, he headed the North Sea Oil and Gas business based in Aberdeen, then became Director of the Oil and Gas division in North America, based in Houston.

In 2009, he took over the Oil and Gas activity at Group level, and has been running the Group's OCTG (production and casing tubes, threading of oil and gas tubing) and Drilling Products (oil and gas drilling) activities since 2014. In 2015, he became Eastern Hemisphere Director.

Since April 2017, he has been Senior Vice President Development & Innovation.

Philippe Carlier Senior Vice President Technology & Industry
After graduating from the Centrale Paris school of engineering, Philippe Carlier began his career at EADS in 1988 and moved to Vallourec as a management controller in 1995. He held various positions such as plant manager, subsidiary Chief Operating Officer, and industrial director, before being appointed Director of Upstream activity (steel mills and rolling mills) in 2012.

He was in charge of Upstream and Industry activities (tubular products for mechanical engineering, construction and the automotive industry) until 2014. Since April 2017, he has been Senior Vice President Technology & Industry.

He began his career at Vallourec in 1992. He was plant manager, then management controller at corporate level. He later moved to the position of Purchasing Director then Director of Vallourec in Argentina. He also worked as Director of OCTG Europe before creating and running the Drilling Products division.

Since 2014, he has been in charge of the Group's Powergen activities (tubular solutions for conventional and nuclear power plants) and Pipe Project (subsea flowlines, specialist tubes for umbilicals, process tubes and fittings for hydrocarbon processing plants).

He has been Senior Vice President North America since 2015.

He has spent all his career at Vallourec Tubos do Brasil (VBR), where he became Chief Operating Officer for Brazil in 2009. He has been Senior Vice President South America since 2015. 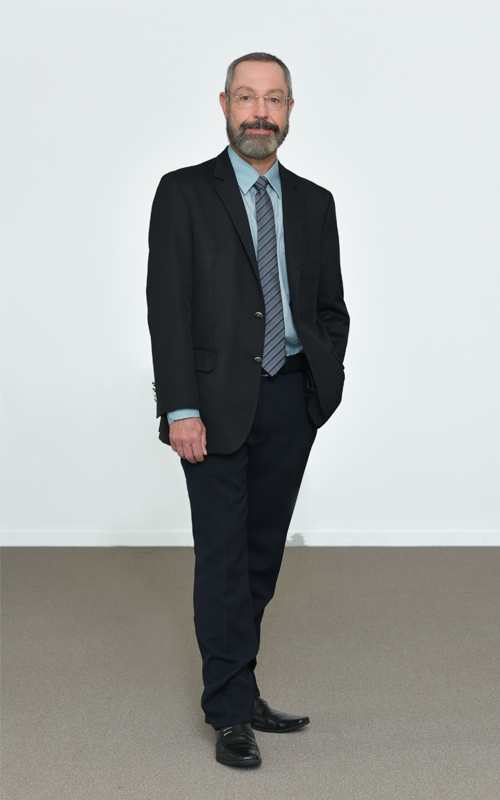 Hubert Paris Senior Vice President Europe/Africa
Hubert Paris graduated from Ecole Polytechnique Palaiseau and ENSTA ParisTech. He has a Master of Science from the University of California, Santa Barbara and an executive MBA from the CPA Paris.

He began his career at SGN (COGEMA subsidiary) and joined Vallourec in 1998 as a management controller. He spent five years in Brazil, first as Controlling department director at Vallourec Tubos do Brasil, then as a director of the Automobile business unit of the Brazilian subsidiary.

After returning to France, he worked as Marketing & Sales director, then Chief Operating Officer of the Automobile division.

In 2007, he joined Salzgitter AG to support sales of Vallourec Précision Etirage, worked as CEO of the Salzgitter precision tubes business, and was a member of the management board of MRW, the German group tubes business holding.

Back at Vallourec in 2013, he was named Group Quality Director. Since 2014, he has been responsible for the Valens competitiveness plan. He has been Senior Vice President Europe/Africa since April 2017. 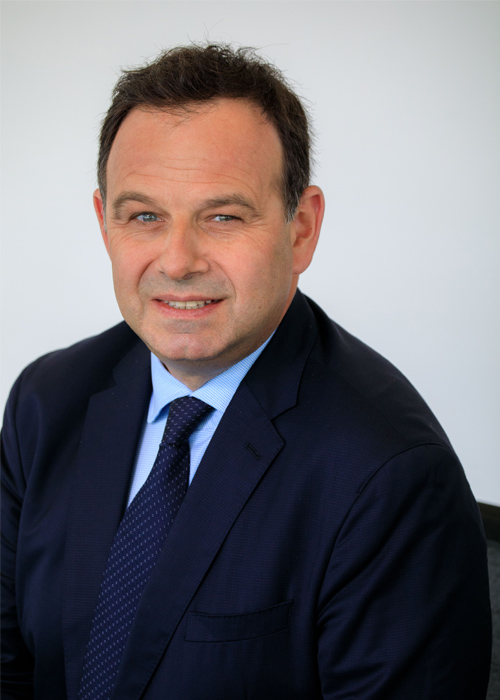 He began his career as an external auditor with Ernst & Young, then became Chief Financial Officer, member of the Management Committee of a European division of Tyco International until 2002.

At that date, he joined Vallourec as Director of Audit and Financial Control.

In 2008, he became Chief Financial Officer of Vallourec North America and member of the North American Executive Committee. He held this position until 2016 when he was appointed Managing Director of the Northeast Asia Region and General Delegate China.

Since March 15, 2020, he has been named Senior Vice President of the Middle East Asia Region. 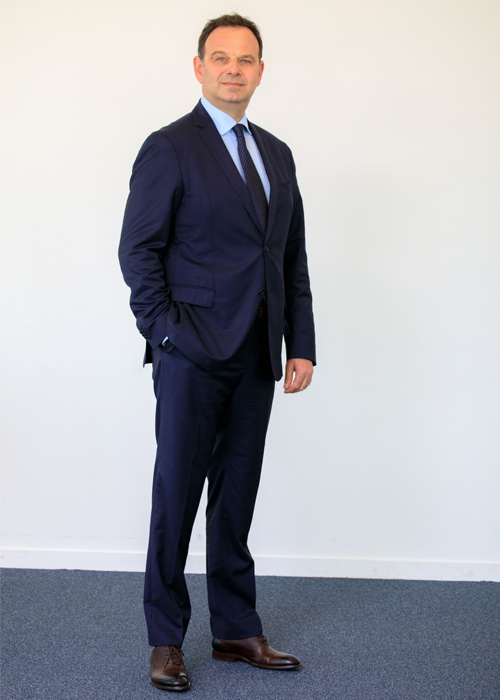 From 2014 to 2018, he held the position of General Counsel of Orange Business Services, in charge of legal, regulatory and compliance, after having held various positions in the legal function of the Orange Group for over 20 years.

Rémi Dujon holds a degree in business law (DESS) from the University of Reims.

He then joined the Alcan Group where he assumed various Human Resources responsibilities, at both corporate and country level, in France, Switzerland and Canada.

Prior to joining Vallourec, he was Director of Human Resources, Environment, Health and Safety at Rio Tinto Alcan, the aluminum division of Rio Tinto, based in Montreal, Canada.

He has been Director of Human Resources for the Vallourec Group since 2010.

Vice-Chairman and Lead Member of the Supervisory Board
Chairman of the Appointments, Compensation and Governance Committee
Officer of the French Legion of Honor
Commander of the Order of Agricultural Merit

Summary of main areas of expertise and experience Main activities performed outside of the Company
Positions held by Mr. Pierre PRINGUET

Summary of main areas of expertise and experience
Main activities performed outside of the Company Positions held by Mr. Cédric de BAILLIENCOURT

Summary of main areas of expertise and experience Main activities performed outside of the Company
Positions held by Ms. Laurence BROSETA

Pascale Chargrasse AGO 2023 Development Manager at Valinox Nucléaire
Born on 10 July 1960 – French nationality
Member of the Supervisory Board representing the employee shareholders
Member of the Appointments, Compensation and Governance Committee

Mickaël Dolou AGO 2021 Director at Serimax in charge of marketing, commercial development and contractual offers at Serimax
Born on 1 November 1975 – French nationality

Member of the Supervisory Board representing employees
Member of the Appointments, Compensation and Governance Committee

Attorney-at-law in Japan.
Of Counsel at the Kajitani Law Offices in Tokyo

Deputy CEO in charge of finance, communications, and strategy at AccorHotels*

The Supervisory Board has set up four committees: the Finance and Audit Committee, the Appointments, Compensation and Governance Committee, the Strategy Committee and the Corporate, Social Responsibility (CSR) Committee.

These committees have an advisory role and prepare certain Board meetings. They issue proposals, recommendations and opinions in their respective areas of competence.

The Finance and Audit Committee

The Finance and Audit Committee is responsible for preparing the Supervisory Board's deliberations relating to the compilation and oversight of accounting and financial reporting information. In this context, it oversees procedures for compiling financial reporting information, for ensuring effective internal control and risk management systems and for the statutory audit of annual and consolidated accounts by the auditors and for ensuring the independence of the latter.

The Appointments, Compensation and Governance Committee

The Appointments, Compensation and Governance Committee is responsible for preparing the Supervisory Board's deliberations on the appointment and compensation of the Group's corporate and governance officers.

The Committee is responsible for preparing the Board's deliberations on the Group's strategic direction and its long-term future.

The CSR Committee's mission is to ensure that the Group best anticipates the challenges, opportunities and extra-financial risks associated with its business in order to promote responsible and harmonious long-term value creation. It makes recommendations on the Group's policy and achievements in this area.

Information relating to the compensation of corporate officers