Vallourec aims to innovate constantly to meet its clients’ demands for tubular solutions for challenging oil & gas market projects. For the past two years, our teams in France, Germany and Brazil have pooled their expertise and resources to tackle a key challenge: the development of a high strength, corrosion-resistant X80 steel grade for application in deep water sour conditions.
The One X80 project originally grew from a demand from one of Vallourec’s largest clients, as part of an extensive qualification program. The last few years have seen an increased focus on ultra-deep water fields on the one hand, and increased efficiency on the other. This has led oil and gas companies to demand cost-effective new solutions able to resist “sour” conditions – environments in which hydrogen sulfide (H2S) can lead to the pipeline failure.
Light

An international team to deliver a single X80 grade worldwide 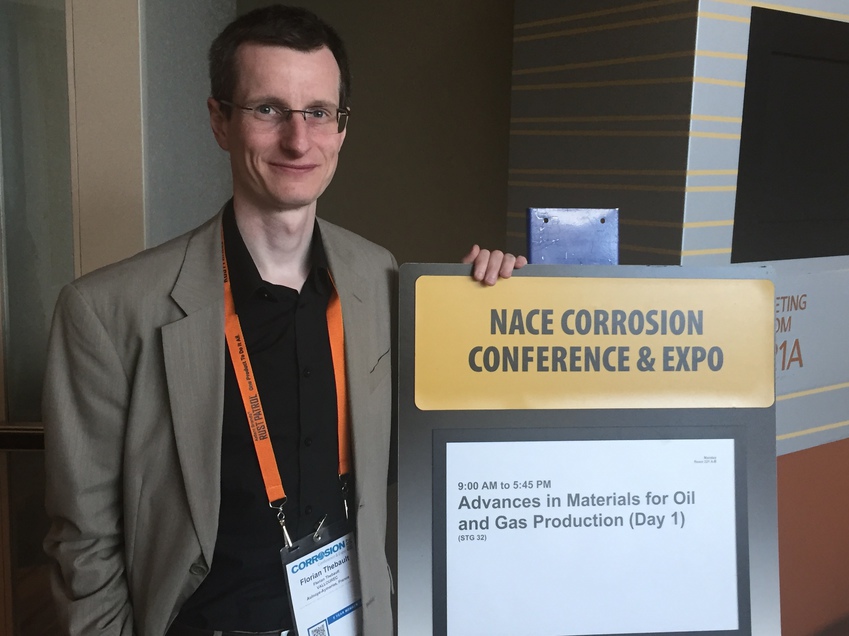 The project called upon the skills and know-how of several people from Vallourec Research Centers and Industrialization teams in France, Germany and Brazil as well as welding  engineers from Serimax, Vallourec’s dedicated welding solutions subsidiary. All countries were involved in product development, while the industrial prototypes were manufactured in Brazil.

“The X80 development started in Brazil with a local team, and after the creation of the One X80 project, the team was expanded and the governance was changed”, says Dr. Júlio Silva, M&D PLP General Manager in Brazil. 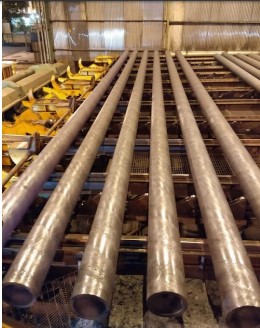 The larger array of talents and skills is positive as they cannot be found in a single individual only. In addition, the team has supported and enhanced the skills and learning processes of each of its members, bringing out the best of them.

One reason for the large number of people on the project was its complexity. Florian cites one example:

Florian led corrosion testing from the research center in France calling on its experience and line pipe manufacturing expertise in Germany. “We acted as a single close-knit team drawing on the specialist expertise in each country.”

Another significant challenge has been weldability. Laurent Lamps, welding engineer at Serimax summarizes the issues:

“As you move up the grades, you add chemical elements that have a detrimental effect on weldability, a challenge raised by adjusting the welding parameters. We need to meet mechanical and non-destructive testing acceptance criteria, and once at the installation site, we need to be able to weld as quickly as possible. This is vital to keeping down costs for the client.”

An additional complication is that different welding solutions are required depending on pipe installation method. “We’ve already developed and tested a cost-effective welding solution for J-lay, and we’re continuing to work on the welding procedure for reel-lay.”

Teamwork between the Vallourec and Serimax teams has further strengthened both companies’ value proposition: “We are now able to offer clients comprehensive know-how both of tubes and how they are installed.”

While additional industrial trials are necessary before X80 can be marketed, the project was presented at Rio Oil and Gas in 2018 and Rio Pipeline in 2019, and has received positive feedbacks from EPCIs and operators based on initial technical results as stated by Vicente Trindade.
Strategic

It’s strategic for Vallourec to be well positioned in the frontline of the Oil & Gas market considering potential future demands. It will be relevant for some of the challenging upcoming projects in Brazilian pre-salt fields.

And for Vallourec and its employees, the advantages extend beyond the project itself:

“We’ve developed a great dynamic, which continues today,” says Florian. “This multi-country aspect is something which has really grown at Vallourec over the past 10 years. Thanks in part to the X80 project, it looks set to continue into the future.”
See all news