After having opened up Vallourec’s data, Henri Planchon opens up about himself, his career and the behind-the-scenes aspects of his work.

Tell us about your background. How did you come to work for Vallourec?

After a scientific baccalaureate, I began studying medicine, which I eventually decided wasn’t for me. I then undertook a post-baccalaureate course at Tours Business School, upon completion of which I joined the banking sector as a salesperson.

Still not fully convinced that I’d found my vocation in life, 2 years later I resumed my studies at Skema Lille as part of a continuing professional development program. This is a parallel program, where you’ll find people retraining and with extremely rich and varied career profiles: salespeople, accountants, an entrepreneur, people of all ages, a financial director who initially left the education system after his diploma, a young woman who started out as a beauty consultant before finally becoming the Nuxe brand’s sales director for France, and so on. The pace was also quite demanding, with time spent in the company from Monday to Thursday and then intensive classes on Friday and Saturday.

It was by resuming my studies that I discovered functional IT careers at Rexel and later project control at Capgemini. Their way of working is particularly interesting: they create Excel macros for almost all of their internal requirements, which means they don’t have to spend money buying software. Naturally however, this has its limits...
At the age of 27, after completing these courses Vallourec offered me my first open-ended contract of employment. That was almost 5 years ago. 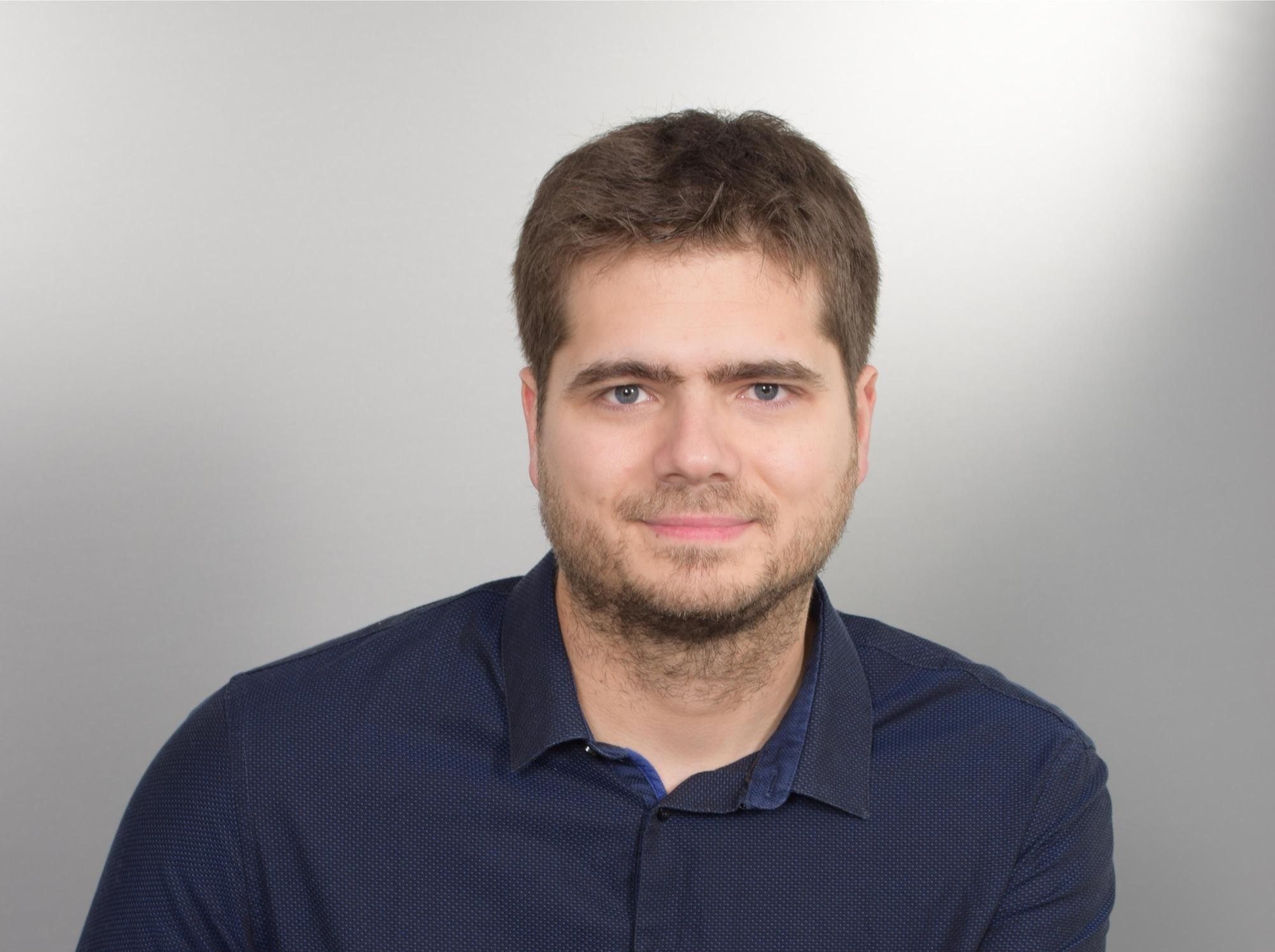 How did you evolve at Vallourec?

This is already my third job here! I was initially assigned to the Reporting-Consolidation Department, for the administration of their specialized systems. I used the skills I learned at Capgemini to develop several software programs based on the Excel programming language (VBA). After my manager left, I became the manager for the whole financial system. Later, in June 2018, I joined the corporate IT section and became part of Barthélémy Longueville’s team, Vallourec’s Chief Digital Officer and Chief Information Officer. I’ve been here a year now.

My job is IT and Data Project Manager. Generally speaking, I manage projects related to data and its uses (particularly reporting) but to provide a better overview, my work is more of a means than an end! The ultimate purpose of my activities is to develop a digital culture at Vallourec.

To achieve this, I have 2 main tools at my disposal:


To a lesser extent, I also work on IT communication, including:

The ultimate purpose of my activities is to develop a digital culture at Vallourec.

Could you tell us more about this reverse mentoring program?

This program was created by a former Vallourec employee and I inherited it after she left. It’s a bit like Vallourec’s own version of Meetic, or “Adopt an Executive Board member”! What is the principal? “Geeks”, most of whom (but not all) are millennials, train older top managers in digital technology. I recruit geeks willing to give it a go by going door-to-door around the Boulogne-Billancourt site or via my network of professional contacts, which I maintain by organizing afterwork events, among other things.

For my part, I’m the reverse mentor of Didier Hornet, the Group’s Development and Innovation Manager. I’m delighted to have helped him move to paperless and augmented note taking and communication with his team, and to help him discover new and fascinating high-tech subjects. We’re currently trying to deploy this initiative on other sites too. To make this happen, I’m trying to recruit local coordinators.

What are the main challenges of your current post?

Prioritizing my tasks and coming to terms with the fact that I don’t have the time to do everything! I think this is quite a frequent problem. As I mentioned before, I have a fairly extensive network of contacts and they often ask me for things. Although I’m keen to help everyone, I sometimes have to say no and focus on my core missions.

I’ve been fortunate to have worked in friendly teams with great managers. My manager places his trust and confidence in me and leaves me plenty of freedom while also sharing his expertise and experience with me when I request this.

My work is constantly changing. I recently started managing an intern and this has completely changed the way I see things as I believe that a manager should devote his time to his team as a priority, with his own needs being way down the list. I feel very fulfilled in my job and I’m aware that I’m very lucky. Many of my friends are constantly complaining about their work whereas in my case I’m having a great time each day! 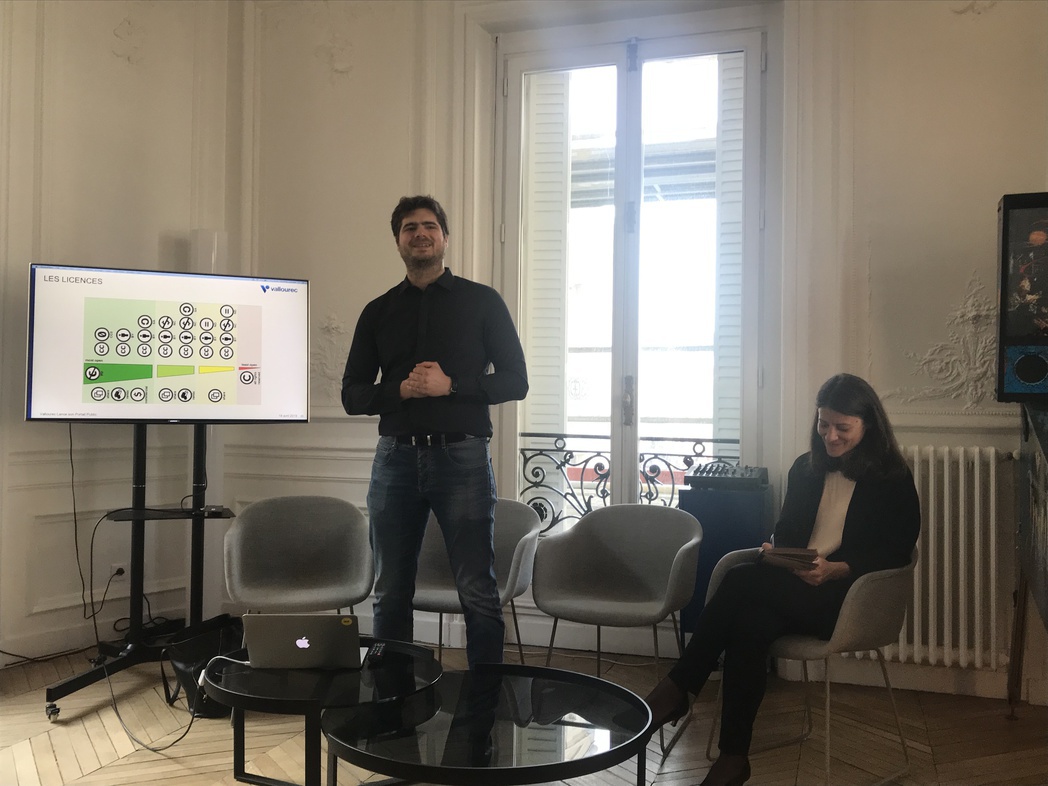 I feel very fulfilled in my job and I’m aware that I’m very lucky. Many of my friends are constantly complaining about their work whereas in my case I’m having a great time each day!

Other than my usual job, to some extent I’m also the chief happiness officer on Sundays in my circle of co-workers: I organize afterwork events roughly twice a month and group trips to give blood! I recognize the benefits of seeing your co-workers outside work. It gives you a chance to completely rediscover them and above all to convey information where usual channels don’t reach.

I also have a YouTube channel, which I’ve been running for several years now. Additionally, I’m a sports enthusiast: I took up boxing three years ago and I come to work by bike every day.

What is the best piece of advice you've ever received?

My father is someone who’s fond of giving and not that long ago I criticized him for being too kind to people who would never repay him the favor. He replied, “kindness begets kindness”. History has shown he was right.

Maybe by being upfront, upbeat and friendly, we have this capacity to act on others, to make them feel better, which encourages them to behave that way too, improving our own lives in return. It’s probably a little idealistic, but it fits in well with the notions of open data and reverse mentoring: I’m sharing something without expecting anything back in return.

Happiness is a bit like knowledge, there’s a multiplier effect at work: if I give, the other person benefits without me losing, and value is generated from zero.
Happiness

Happiness is a bit like knowledge, there’s a multiplier effect at work: if I give, the other person benefits without me losing, and value is generated from zero.